To potty train a Pit Bull puppy, is not an easy job! Having said that, it is very important that you should start potty training your puppy when it is around 10-12 weeks old. Potty training can be very frustrating, cumbersome and very annoying at times.

Most of the Pitbull owners fail to train their puppies effectively and gradually the Pitbull grows up without proper guidance.  As a Pit Bull owner, you are entitled to some responsibilities against your puppy. 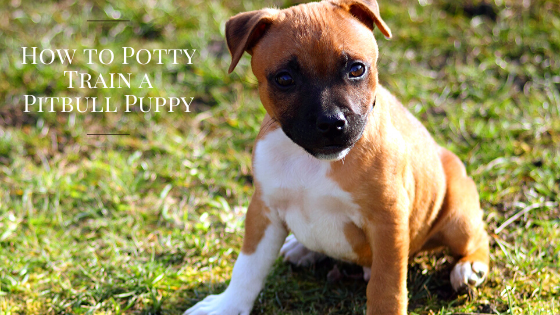 The Basic Instructions to Follow in Potty Training Your Pit Bull

Look for a spot outside your house, preferably in your backyard, where your puppy can relieve itself. Take your Pit Bull puppy and place it in that spot, and let the puppy familiarize with the place. The more it is acquainted with that spot, better are the chances that it will use the spot for relieving itself.

Restrain your puppy in a small area, within your home, for few days. You can generally use its sleeping area, to do so. Because this the area where he would be less probable to relieve himself. The reason behind doing this is to train your Pitbull to control the urge to urinate or defecate. This significantly increases his urges to release himself.

Whenever your Pit Bull puppy shows signs to urinate (like extensive sniffing the floor, rotating around your leg), immediately take him outside the house, and to the spot you initially identified and made him familiar with. Remember the puppies can hold their urine for short time, so make sure you respond quickly to his signs.

Set up a doggy door where you have identified the spot for it to release himself. This will help the Pit Bull to go out on his own, without your assistance. Also this will ensure that he doesn’t urinate or defecate inside the house. 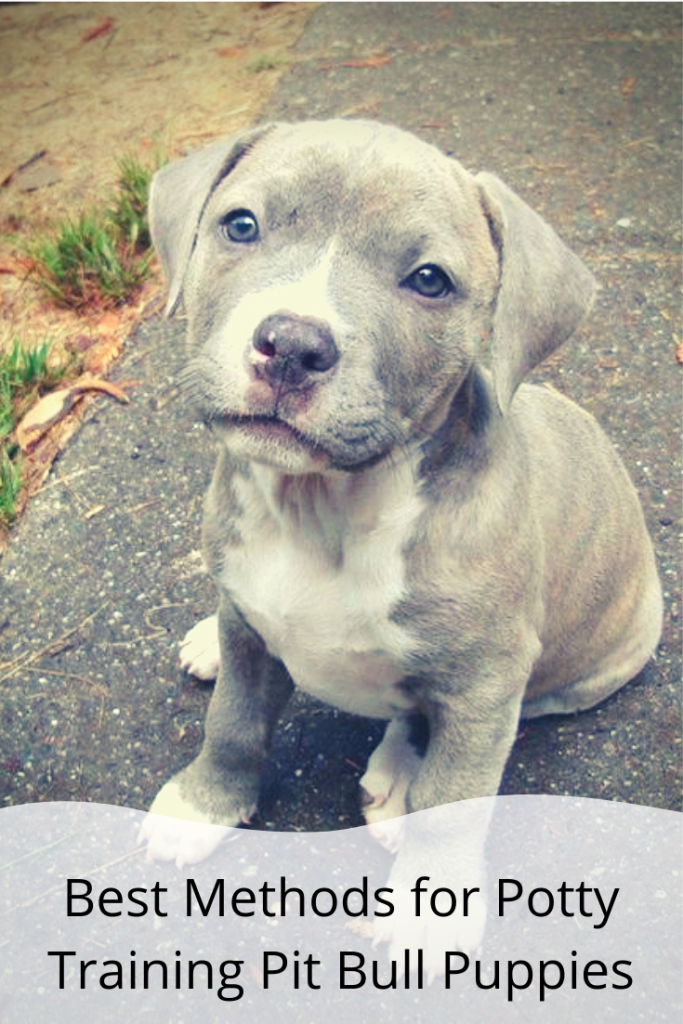 It is not necessary to punish your Pitbull for releasing himself inside the house. Rather you would to make him understand that it is wrong, with some positive approach. Beating or scolding will only make the puppy to develop repressive character and in due time it will hamper its behavior. Make sure you say a clear “no” to it, when it urinates inside.

Sanitize the area where the puppy has relieved himself. It is necessary to clean any urine or feces immediately otherwise he will continue to use that spot for relieving himself.

Constantly praise your Pitbull with rewarding food, biscuits. Continue this approach till he no longer releases himself inside the home

Important Notes When You Potty Train a Pit Bull Puppy

The urine of Pit Bulls and other dogs contains pheromones, which draws them back to the spot where they have urinated. Hence it is absolutely necessary to clean and deodorize the spot very well. Use twice the amount of cleaner to clean it thoroughly. Pheromones removers can be found in the local pet store.

Never scold or beat your Pitbull for relieving inside, when you don’t witness the act. Because you were not there to say it ‘No’. When you return from work, and if you find your Pitbull has relieved, you are too late to scold him. if you do, your Pit Bull will associate your arrival with punishment and he will not understand why it is getting scolded for.